The Marketing Tool Kit for Translators

Posted on June 20, 2013 by forwardtranslations 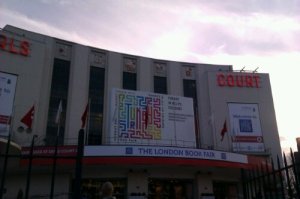 After a look at what publishers want in translated books and how to promote writers in translation, here’s my write up of another LTC seminar: The Marketing Tool Kit. Some of the content will probably overlap, but never mind.

It was suggested that the translator’s knowledge of the source language and culture is a very valuable resource. It provides an opportunit to create a conversation with potential readers and reviewers, and to ask what the back story is to a book.

Esther Allen, eminent US translator from Spanish, proposed the idea that a translator can have a curatorial role in the marketing process and advised making ourselves useful to the publishers. We can offer to translate reviews and interviews from the source language press, for example. It is also a good idea to exchange information with other translators of the same author into different languages and to include fans in our efforts.

Mark Porter of Granta thought that translators should be activists for the literature we’re passionate about. He gave the example of Michael Hofmann singlehandedly rehabilitating the work of Joseph Roth in English and suggested that we should play a longer game. Incidentally, I also liked his response to the question publishers often ask as to how you can buy a book you can’t read: publishers buy books that haven’t even been written yet, and they do it all the time! At least a translated book already exists and has a proven track record in its own country.

But getting back to marketing, it should be discussed BEFORE a book is published and, as suggested already, we as translators should be willing to help out the sales and marketing departments. As well as the ideas above, we can also suggest good potential reviewers and tell the publishers about opportunities and awards in the translation world that they might not know about.

Then there’s the importance of keeping the backlist alive. Good relationships with booksellers, especially indies, can really do wonders for sales. An independent bookshop can boost sales of unexpected titles by having the freedom to pursue their own ideas and promote different material from the chains and supermarkets. That can then demonstrate to others that a book can sell, and so the momentum builds. In theory, anyway. It’s got to be worth a try though.

Finally, there’s the wonderful world of online marketing. Beyond email bombing everyone in our address books, what can we do here? Again, it’s a place to get conversations going, on blogs, websites, discussion boards, Twitter, Facebook, Goodreads… Pinterest seems to be gaining ground in book marketing too. I’ve made a board for Excess (have I mentioned that before? If you haven’t seen it, check it out here) and there are similar things for other books, publishers and so on out there too.

So come on, spread the word!

I'm a freelance literary translator from German and French to English. The title of my blog comes from Mary Schmich's description of reading: it struck home with me, and seems especially apt for translated fiction. Here are some of my musings on what I'm reading, re-reading, reading to my children, and translating.
View all posts by forwardtranslations →
This entry was posted in Books, Translation and tagged Blogathon 2013, blogging, books, London Book Fair, marketing, professional development, publishing, sales, translation. Bookmark the permalink.

2 Responses to The Marketing Tool Kit for Translators