The Past Is a Foreign Country, or Musings on Paddington Bear

Posted on August 20, 2014 by forwardtranslations

We’ve been working through quite a few of Michael Bond’s Paddington Bear stories with fils aîné recently and I’m frequently amazed by how dated they are, in the most literal sense. I don’t mean that they don’t stand the test of time because they most certainly do being well written and funny, but there is just so much that has changed since the 50s! 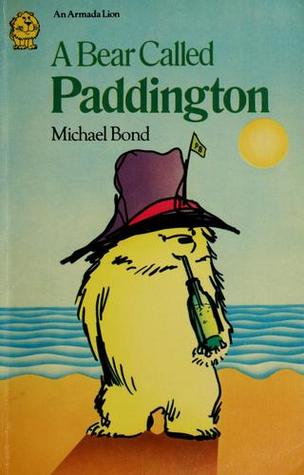 We’ve been reading this edition

There are social aspects – the children going to boarding school, having a housekeeper (“This is Mrs Bird, she looks after us.”), any amount of technological changes – there’s a story about the Browns getting their first television set, details about how the London Underground used to work which completely baffle me, things about laundrettes, shops, restaurants and so on that are quite unfamiliar. What’s an hor d’oeuvre trolley?! And then there’s the money… FA has quite a shaky grasp on money anyway, so it doesn’t necessarily bother him how much Paddington can buy for sixpence, but it throws me. We borrowed an audio book of A Bear Called Paddington from the library for long holiday drives in which the currency has been decimalised. Given that nothing else is changed, I’m not sure that it adds much to the comprehension, and inflation makes it a pointless task anyway but there you are.

Talking of the audio book, it is beautifully read by Stephen Fry and it wasn’t until I heard it that it even occurred to me that Paddington’s great friend Mr Gruber with his antique shop on the Portobello Road might have been a German refugee. I wonder if that name seemed more significant in the 1950s than it does now…

All this is just water off a duck’s back to the boys though. I suppose everything’s pretty much new and unfamiliar to them, and when you’re hearing about the adventures of a talking bear and his marmalade sandwiches perhaps it doesn’t matter too much whether you appreciate the nuances of societal change cast up by the books. They’re fun to read and worth it just to hear the occasional gurgle of laughter from the other end of the sofa.

The statue of Paddington Bear at Paddington Station by Marcus Cornish. Photo by mattbuck [CC-BY-SA-2.0 or CC-BY-SA-3.0 ], via Wikimedia Commons

I'm a freelance literary translator from German and French to English. The title of my blog comes from Mary Schmich's description of reading: it struck home with me, and seems especially apt for translated fiction. Here are some of my musings on what I'm reading, re-reading, reading to my children, and translating.
View all posts by forwardtranslations →
This entry was posted in Books, Children's Books, Reading and tagged A Bear Called Paddington, books, children's books, Children's literature, classics, fiction, funny books, Michael Bond, Paddington, Paddington Bear, Paddington Station, reading, recent reads, recommendations. Bookmark the permalink.

1 Response to The Past Is a Foreign Country, or Musings on Paddington Bear