Posted on August 4, 2019 by forwardtranslations

Looking back through my blog for this, I see that Women in Translation Month is one thing that has prompted a regular post (once a year is regular!) in recent years. This year, it seems to have really taken off on Twitter and in real life, with booksellers and publishers getting on board, as well as bloggers and translators. I’ve been asked to put together a list of ten recommendations by women in translation for our lovely local independent book shop, Kett’s Books. So here they are, in no particular order. They are, like Jane Austen’s History of England “partial, prejudiced and ignorant” – by which I mean that they reflect my tastes, what I’ve read, the people and languages I know, and so on. I am aware that they are very European and that there is a whole wealth of other writing by women out there, but I am ignorant of much of it. So here we are:

A Modern Family by Helga Flatland, tr. Rosie Hedger, Orenda Books: a slim and enthralling novel about the shockwaves that ripple through a family when Liv, Ellen and Hakon arrive in Rome with their partners and children to celebrate their father’s 70th birthday, and their parents unexpectedly announce their intention to divorce. It cleverly shows you the same events from different viewpoints, mainly those of Liv and Ellen, and sweeps you up in its spell. I didn’t want it to end.

Soft in the Head by Marie-Sabine Roger, tr. Frank Wynne, Pushkin Press: a joyous story of an unusual and touching friendship between functionally illiterate Germain and 86-year-old Margueritte, a retired scientist with a deep passion for books, that changes both their lives for the better. I loved the relationship between the two of them, which is gruff and warm, all at once, and I particularly appreciated Frank Wynne’s achievement in capturing each of their distinct voices and all the word play.

One Hundred Shadows by Hwang Jungeun, tr. Jung Yewon, Tilted Axis Press: a modern fairytale and a non-sentimental love story with a faintly sinister fantasy edge. There is something elusive about the writing, which is in keeping with the slippery nature of the story. It relates the touching relationship between Eungyo and Mujae, who work at different electronics repair shops in a market in a Seoul slum. There is also something strange going on, with people’s shadows starting to “rise”, to take on a life of their own, in a rather sinister way. This is never fully explored or spelled out, and the story is all the more unsettling for that. 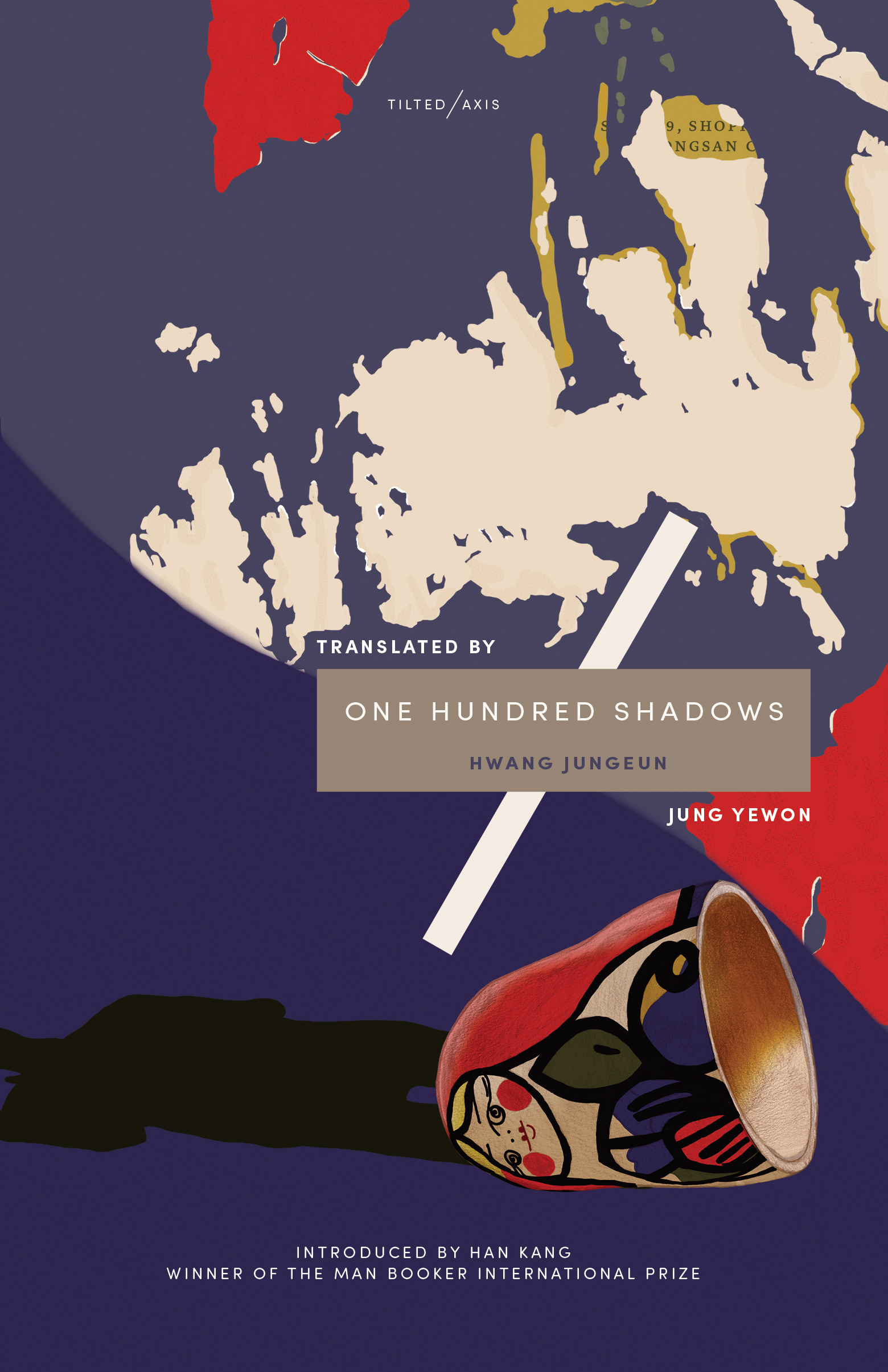 Tregian’s Ground by Anne Cuneo, tr. Roland Glasser and Louise Rogers Lalaurie, And Other Stories, 2015: a big, fat historical novel about Francis Tregian, believed by some, including the author, to be the collector of the pieces in the Fitzwilliam Virginal Book, and subtitled “the Life and Sometimes Secret Adventures of Francis Tregian, Gentleman and Musician”. It is set in the Elizabethan and early Stuart era – up to the Civil War – and deals with plots and counter-plots, religious freedom/discrimination (the Tregian family are Catholics), and, naturally, a lot about music.

Subtly Worded by Teffi, tr. Anne-Marie Jackson, with contributions from Robert and Elizabeth Chandler, Clare Kitson, Irina Steinberg and Natalia Wase. In her day, Teffi was a literary superstar, and it’s easy to see why, because these short stories are witty, yet thought-provoking tales; she is inevitably called the “female Chekov”, although some have a bite that reminds me more of Saki or Dorothy Parker.

The People in the Photo by Hélène Gestern, tr. Ros Schwartz and Emily Boyce, Gallic Books. A deeply moving epistolary novel about Parisian archivist Hélène, whose mother died when she was three. After finding a photograph of her mother at a tennis tournament with two men, she places a newspaper advert seeking information about any of the people in the photo. Unexpectedly, she receives an answer from Stéphane, a Swiss biologist living in Kent, who has recognised his father. The love story between Hélène and Stéphane is touching, while that of their parents – interrupted, frowned-upon and tragic – soon becomes devastating. There is also enough of a mystery in the quest to unravel the complex affairs of the past to keep the reader hooked until the end. 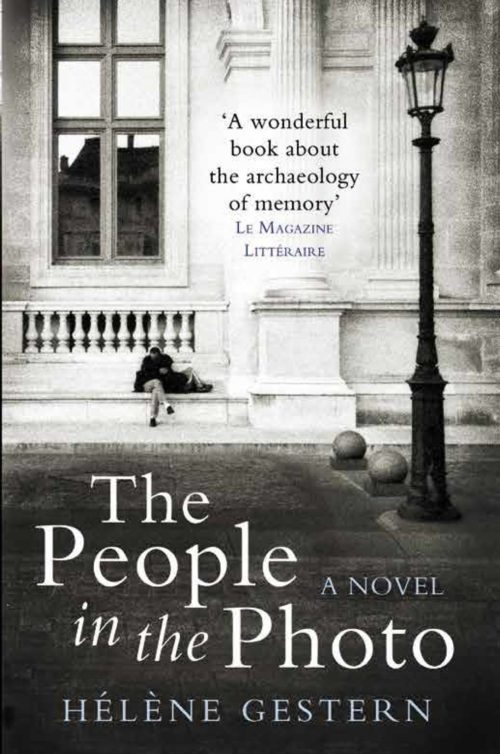 Chasing the King of Hearts by Hannah Krall, tr.  Philip Boehm, Peirene Press: a “remarkable true story of love and survival”. It is the story of Izolda, a Polish Jewish woman, and her determination to save her husband, Shayek, who has been imprisoned by the Nazis. This combination of a true story, an author with first-hand experience of her subject and the theatrical approach to its translation makes for a truly amazing book.

Beside the Sea by Véronique Olmi, tr. Adriana Hunter, Peirene Press: a tiny book that packs such a punch. The story of a woman who’s fallen through the cracks of society and is not coping with motherhood, it is incredibly well written and carries you along with its immediacy. An uncomfortable, yet gripping read. It could be me. It could be my boys. 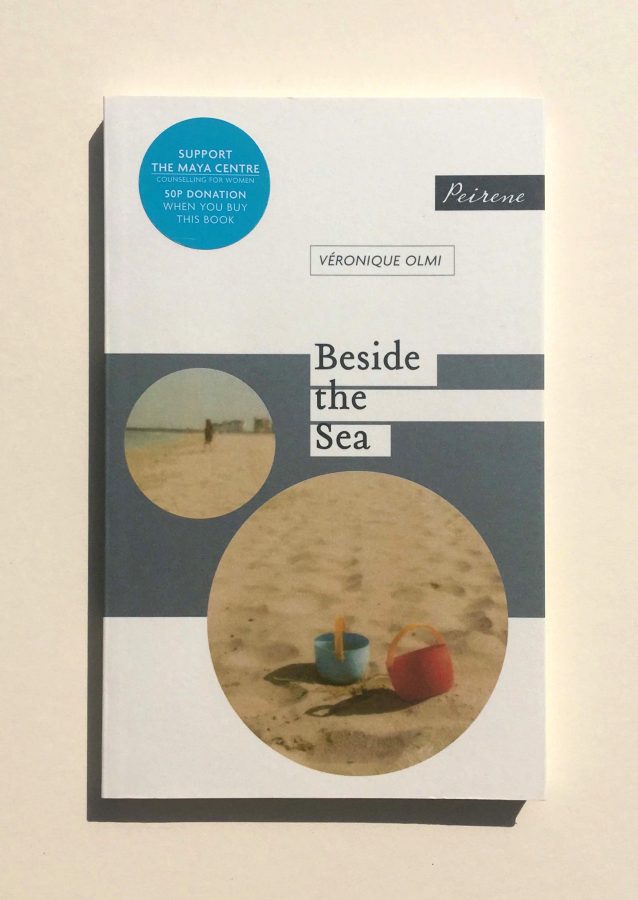 Little Red Hood by Marjolaine Leray, tr. Sarah Ardizzone, Phoenix Yard: a retelling, or reimagining, of Little Red Riding Hood.  Both story and illustrations are pared down to the bare bones, making it deceptively simple. Little Red Hood is a scribble and a couple of lines, yet she has a huge depth of character and no intention of being eaten. Sarah Ardizzone’s text also perfectly captures the stubbornness of a small girl and the way children can throw you off course with a single well- or ill-timed personal observation.

The Letter for the King, by Tonke Dragt, tr. Laura Watkinson, Pushkin Children’s: a Dutch classic for 50 years finally available in English. A story of knights, chivalry and adventure that grips from the first page to the last, taking in friendship, loyalty and questions of what really matters in life.

I'm a freelance literary translator from German and French to English. The title of my blog comes from Mary Schmich's description of reading: it struck home with me, and seems especially apt for translated fiction. Here are some of my musings on what I'm reading, re-reading, reading to my children, and translating.
View all posts by forwardtranslations →
This entry was posted in Books, Reading, Reviews, Translation and tagged Orenda Books, Peirene Press, picture books, Pushkin Children's, pushkin press, recommendations, reviews, Tilted Axis Press, translate women, translation, WITMonth, Women in Translation. Bookmark the permalink.